So after creating my basic pipeline jenkins job in my previous post, I decided to expand the setup a little bit.

Create a job to Trigger another job

I decided to create a job which will check for new releases of drive on github and pass the new version as a build parameter to the main job that builds the software. Here are the tools I used for the new job:

Here is the code I ended up with:

The note about matcher causing random issues is covered in Serializing Local Variables:

Then I created a build trigger to run it weekly: 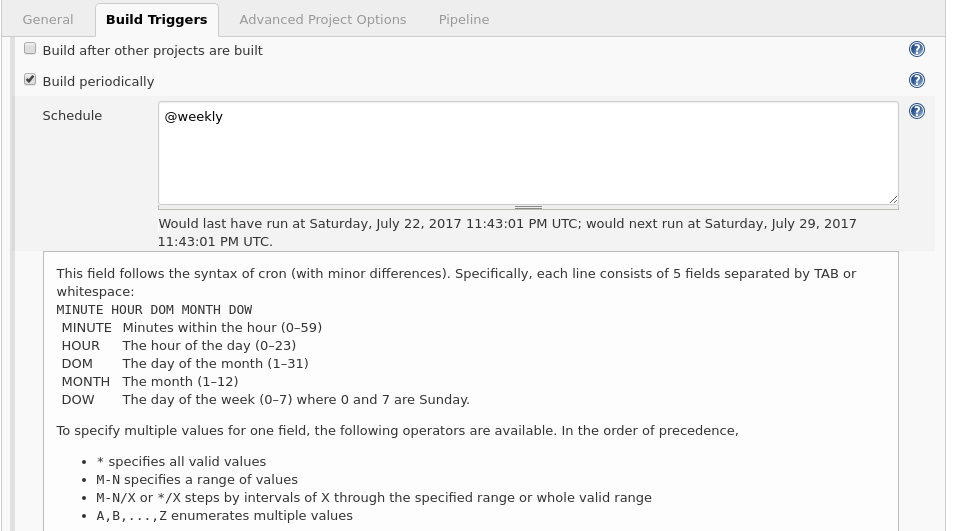 Of course I could just Poll SCM/Git for a new Commit every time:

But that would build it too often. I only wanted new releases to cause builds. After that was in place, I saw the following at the beginning of the triggered job:

I also ended up installing the mailer plugin:

And configured the plugin to use my SMTP server (Manage Jenkins -> Configure System -> E-mail Notification) and sent a test email:

And then I checked out these pages on how to use it:

Then I added a new stage to my pipeline code of the main job:

There are also some good examples in Sending Notifications in Pipeline which uses the Email-ext plugin.